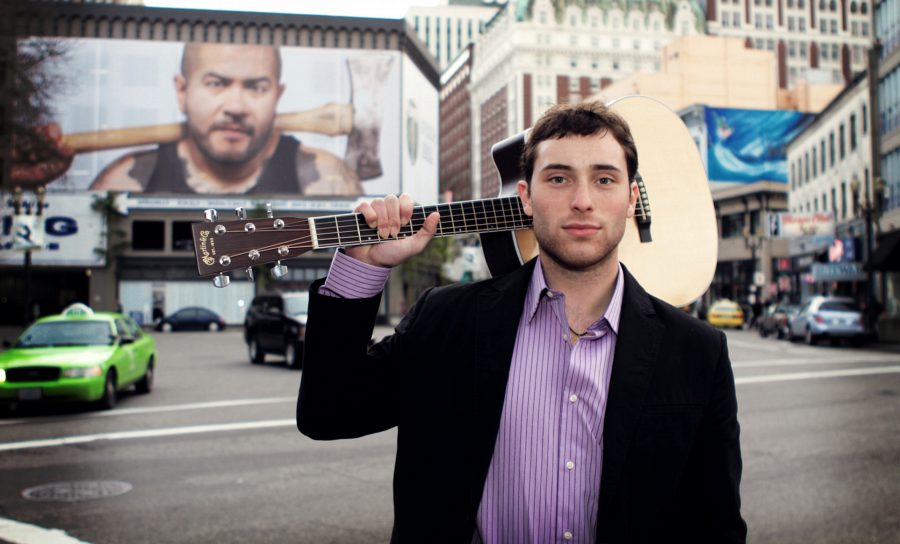 Brooks Robertson just doesn’t need much more than two thumbs, eight fingers and six strings on a wooden box to carry his listeners away.

Brooks utilizes his superb technical abilities to play bass, rhythm and melody simultaneously and surpass the borders of conventional genres. He merges hauntingly beautiful compositions, country rhythms and jazzy harmonies with funky licks into his very own art form – sometimes delivered with a punch, sometimes with a smile.

Now residing in Montana, Brooks is from Eugene, Oregon. When Buster B. Jones took him as a protege’, Brooks began playing high-profile gigs such as the Nokie Edwards Festival, the NAMM Show in Anaheim, the Montreal Jazz Festival and the Walnut Valley Festival in Winfield, Kansas.  As a teenager he was the youngest endorsee of Godin Guitars and performed around the world.  At just 14 years old, Brooks won first place in a talent competition for 12 to 20 year old participants on Garrison Keillor’s National Public Radio classic “A Prairie Home Companion” in 2004.

“I’ve always loved playing with Brooks, he’s a joy to be around!” – Tommy Emmanuel CGP

“I was completely knocked out with the acoustic guitar virtuosity of Brooks Robertson! Brooks has a very original touch and sound plus monster chops. He’s always making great music with his guitar. I’m sure Brooks will be sharing his music with the entire world and have an incredible career.” – Lee Ritenour

“Brooks Robertson plays like the house is on fire.”  – Thom Bresh

“All guitar players are like Frankensteins. Their music is made out of bits and pieces of other players. In Brooks’ case, he’s a son of a Frankenchops, the well known monster picker Buster B. Jones. Buster and Brooks are both so scary … the legend continues.” – Mason Williams

Now, as energy and maturity come together, this young man has stepped out of his mentors’ shadows and is electrifying the world with the sheer acoustic beauty his fingers create, when touching a set of strings.